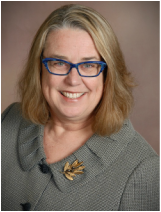 Andrea recognizes the need for reliable and rational college counseling.  She is determined to help students find a school where they will thrive.

Debbie's professional career has focused primarily on facilitating international educational experiences, much of that between the United States and Japan. During the six years that she resided in Japan she taught at the post-secondary level and also worked in the field of educational exchange.  Subsequently she oversaw the educational programming at the Consulate General of Japan in San Francisco where she also managed the Japan Exchange and Teaching (JET) Program.  She later founded Japan Educational Consultants which specialized in educational programming, college admissions advising and cross-cultural training for individuals moving between the two countries.
​
More recently Debbie has worked as a Registrar/College Counseling Assistant at the Lycee Francais de San Francisco. Prior to that she was also the College Counselor at Woodside International School. She is a member of the Western Association for College Admission Counseling and the Higher Education Consultants Association.